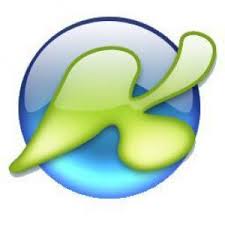 K is for Knowing and I believe I have right from early age I have appeared to have known things by instinct in a way I should have not known. For example, I believed and therefore maybe known there would be ‘jukebox’ style on demand music and TV services based in the late 80s and I would tell people about them. While the iPad is amazing, its nothing new in my mind as it was always going to be invited.


I always believed that that one of my previous lives, assuming all that kind of stuff exists, I lived in the future and therefore I am remembering stuff from the future. I am not saying in any way that I can predict the future but when I get gut feelings about inventions and social and other government policies.


Right now, I see the cloud idea spreading across all everyday devices where people will be about control any device from any other devices including cars, washing machines, TVs, tablets and microwaves. I can also see increased restrictions placed in the drinking of alcohol within public settings. I also fear many changes in the economy which will shift values from one of materialism to a greater focus on personal identity.


It can be frustrating to know things which may be proven for years, like my believe in the fall of charities, and I have learnt that time tends to prove me correct and that is all that counts!