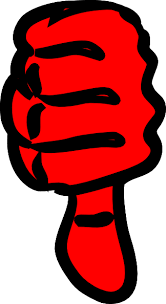 One thing which gets me extremely annoyed is when any kind of organisations lies especially when it relates to disability. My lying, I mean they can deliberate say someone which is untruth, or simply repeat a myth created by someone else, or just portray something as half empty when it is half full.


A current falsehood which is deeply worrying and annoying me is that the Independent Living Fund is closing in 2015 presumingly without any thought for its users who are supported by them. As one of these users, I have checked my facts and spoken to them directly to get the truth. The reality is while there is going to be a consultation of the fund, no decision as yet been made. Moreover any decision will relate to the future operation of the fund rather than any desire to remove the support from people who need it.


This information is the public domain and it has to be asked why ‘intelligent’ organisations who should know better as misleading disabled people and others. It is deeply worrying that they are prepared to cause unnecessarily stress for the users of the fund by the organisations imply their support will be removed. How can the people in these organisations sleep well at night knowing the wrong they have done?


Another example is hate crime and that’s a whole another blog. I am no longer willing to accept the right of person to lie for political gain in an issue I am passionate about and I am very prepared to confront the issues head on. I know time will tell and those organisations who misled people will one day be make accountable for their actions.