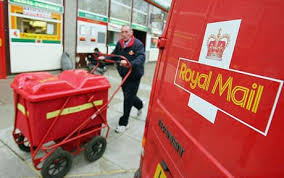 It is clear to me the paranoid protests against ATOS should have been directly aimed at the government if they is indeed a problem and I acknowledge they may be a problem to the way the test is presented to people in the angry stage of their grieving process over their new state. However, the problem is that anger is being misdirect outwards the government rather than being channeled into getting better in a social model context.

And if you are protesting against ATOS for being conplisent in delivering the welfare reforms, which has not yet happened btw, then why not protest against Royal Mail for delivering the these ‘awful’ letters which apparently kills people or drives people to instead suicide.

In the minds of the narrow minded ATOS protest, why not see postman as government appointed assassins in their war against disabled people? Maybe if they did the middle class liberals who support the protestors will realise how much rubbish is already being said by the protesters right now rather than just accepting the claiming of government supported murders without evidence or investigations.