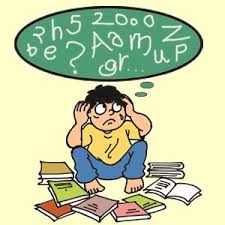 I believe within adult social care people with learning difficulties are often regarded and treated as a cultural minority in a way that does not happen without choice with any other group of disabled people. They are assumed to want to live, work and play together as a political minority.

This is not just how it was but how organisations want it to remain as they encourage people with learning difficulties to campaign for the rights as a cultural and political minority. This benefits the many organisations which profit from providing services as people as learning difficulties as a group who need their lives controlled. By controlling their campaigning activities, on the assuming they are asking for what will never be achieved as opposed to in reality what they already have available to them, organisations keep control.

We could argue that learning difficulty is a label rather than anything else which is place on a person early on enough in their lives, they are told and taught to became that label regardless of their actual ability. When the label does not appear due to someone’s background, we can see them reach important positions like Borris Johnson and George W Bush who could both be seriously argued as having some form of learning difficulties.

If we want real inclusion we need to break the cycle of creating people with learning difficulties simply to feed the special schools and adult service providers who provide from this social creation.