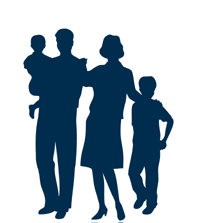 I am often quite concerned at how widely the term carer is used and the potential legal implications when the new Care and Support bill laws and carers will have ‘equal’ rights to service users. One of my main concerns is that over the last 10 years we have seen families involving disabled or older people being unhealthily redefined as service users and carers.

This mean the notion of interdependency which is the cornerstone of family cohesion to destroyed and replace with  the notion that carers have the power over service users who are naturally dependent and inferior. These roles are often not desired but dictated by social policy and the charities, who love to break anything that is not broken.

Rather than simply accepting this new ideology of carers which is medical model based as the norm, I believe families must be supported to be families and to understand and celebrate the interdependent that exists. The family should be given the support like training, equipment and making changes to what they do things which reduces the ‘care’ element where outside care workers may not be needed.

It is also about ensuring people are not trapped by the labels imposed on them which can make them act accordingly and they are created as individuals and members of the family who are able to make a contribution in whatever way they can.