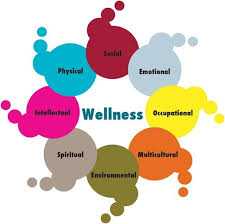 While wellness is now seen as a basic human right, it is actually a relevancy new concept in the history of mankind and it is certainly a product of the 20th Century and the creation of the NHS. The century saw a unhelpful belief that science could cure anything and this saw the rise of the medical model, which sees those who are not well as rejects of society.

But before the 20th Century, sickness will just a part of life. People had to simply get on with it and still work, create and contribute. If the current middle class attitude fuelling the ATOS haters of anyone with any level of sickness or impairment are naturally unemployable and inferior, no one person would have working. There will be no inventions, no social reform, nothing because we would have convinced ourselves of our own demise.

Those are thinking they have a right not to take responsibility  because of some health labels, are suggesting by their moaning that people like Stephen Hawkings and 1000s of disabled people who do work like myself are in fact unemployable and should be thrown on the scrapheap along with so many historic figures. People should of course be supported but we must stop this attitude of weakness wrapped up in ‘rights’ that goes against the true spirit of mankind, determination.