As someone who has tried a whole range of water sports throughout my life and as someone who can not swim unaided, I have gained the understanding that an important component of any lifejacket is the crotch strap(s). The strap(s) are important because they stop the jacket from riding up and potentially going off in the water. Because of my movements, this is very important and I prefer to never where lifejackets that do not have crotch straps!

It is often these little things that keep me safe and makes all the difference.

It is hard for me to escape the fact that I am very well within the disability community and with my Channel 4 stardom, I could even dare say I am becoming famous. I always known my story and pioneering approach to life would lead me to be ‘famous’, where fame is merely a by-product of my activities as oppose to fame being the core of my desire like so many people nowadays. But how famous do I wish to be?

Well certainly not ‘mega famous’ where any minute of my life is under public scrutiny although as a service user, there is nothing now there! I want to be well known and respected in the fields I work in and also to be a public figure known for my expertise in disability issues and used as a commentator on issues directly and indirectly related to disability. I would love to appear on Newsnight or Question Time. As an potentially rising comic actor, I would like to break new ground by being the first speech impaired celebrity to appear on gameshows like 8 out of 10 cats and all that ‘fun stuff’. I think this should really change the attitudes towards disabled people in a new deeper way.

So that is my cards on the table and my intentions are clear and time can only tell if I achieve my goals.

There has always been elitism within the disability movement since it became in the 1970s and I have become increasingly aware that it is also a class thing as well as an impairment thing. People with spinal injuries were the first to dominate the movement because they had the insurance money to buy themselves out of disability and live the social model, while other impairments still remain dependent on state provision.

In recent years, the disability elite can be seen those that has worked and benefits from user led charities that is funded by public monies and charities like Comic Relief. These charities were set up to help empower disabled people but once the elite got used to the comfortable lifestyle this gravy train provided them, they became dependent on keeping disabled people dependent on the third sector as ‘rights not charity’ became ‘right to charity’!

The disability elite are insulted by the welfare reforms because they are an attack on their comfort zone and bank balances as it jeopardises their fallacy that disabled people are still excluded from society and need on them to be their only voice in society. This is potentially the end of the line for the disability elite and I am so glad!

Someone commented to me that I should spend less time promoting myself and more time talking about the people I help, but that does not help pay the bills. I have needed to have a strong image and ego to get me as far as I got in my life. It is often easier to help others than it is to help yourself and learning to be selfish was a hard lesson for me.

I must help myself first so I can help others more and it is a lesson I feel many people would be helpful to learn. I am going to put my hand up and confuse that I am indeed a Know-it-all, but I am in a way. The thing is it is not about what I know from memory, although I am pretty good at that, it is about the fact I am always been very good at using Google to find exactly the information I am looking. As a result, many friends always come to me if they want to know something fast and precise.


Knowledge is power and we live in a wonderful era where the knowledge is so easily available for people to find. Things still need researching but the speed in which this can been done is incredible. I am also very honest to say when I do not know something but I will quickly find out about it.


If there is a will there is a way if you have the knowledge and skills to find out and so this is why I believe anything is possible.

I find it amazing how many people, especially disabled people, will start a petition or go to the newspapers when they have a complaint or concern about an organisation or business, rather than and before directly approaching them in a civilised manner.


Right from a very early childhood I learnt that if you do not ask than you can not get. I took this very much to heart, and overcoming the idea I was cheeky, I have always took this idea far. I believe even if the request is not normal, if you do not ask politely, you do not give an opportunity to consider it.


I never actually complain any more and by this I never use an organisation’s complaints procedure before I find the procedures aim is to slow people down and manage disappointment rather than get anything down. What I do now is find the email address of the most senior manager responsible for what I am concerned about and politely make them aware of my concerns and what I would like done.


It is amazing what can be achieved with this approach and I now have many colleagues in many organisations which I can quickly, directly and effectively approach with any concerns I have. This is because I have learnt to just ring the doorbell!

It is interesting how in the world of technology one giant quickly replaces another one. Two years ago the core applications I used for work and leisure were from Microsoft including Internet Explorer and Microsoft Office. Now, I am using Google Chrome and a whole range of applications from this new giant.


I like Google because it is always improving its services in small ways with lots of add-ons that make things much faster. Also, much of my applications are accessible on my iPad as well as desktop, adding a new dimension to its usefulness. Google also has a whole hosts of services which work well together.


I am only a fan of what works for me and if a new giant comes along which is better than Google, than I will not be frightened to change what I use.

I am very pleased to report that this is my 100th post in this Viewpoint blog, and that it has now been several months since I have start posting almost every week day.


The posts remain a part of my way to campaign and inform on a wide range of issues, as well as letting off stem at times. I may know how big my audience is and what they really think of my blog and it certainly feels good to feel that I am doing my bit to make a difference.

Since this is the last official blog of the year, although I may blog while I am on holiday, and we have reached the end of this alphabetic series of blogs, I have combined X, Y and Z into one.


X is for eXtra special and my life feels like it is currently full of a lot of lots of extra special experiences, friends and moments. Things do not have to be expensive to be extra special but simply be exactly what I need and want, like my ipad and my excellent support staff.


Y is for year, this one and next one, and this one has been my best year so far as I have achieved a level of stability I have always dreamt about as I starting to find time for myself in a way I have not had for 10 years. Next year I hope to grow this further in a way where by becoming still stronger in my confidence, I am able to assist and support others more to fulfiling their dreams.


Z is for zzz and after an extremely hard working year, it is time to rest and have a good holiday, and this is why I am going to Lanzarote for a week! 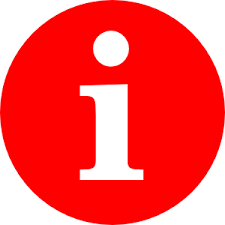 I is for information and we now live in a world where information is more accessible than ever before. It used to be the one thing disabled people and others craved for and here we are, with iPads that demonstrate it is possible to have more on the inside than the outside.


For me, information is power especially when you know how to find the right information. I have firstly learnt that many people who should know specific things about their job either do not really know or lie to people about what they know. Therefore, to get something achieved, you often need to know more about someone’s job than they do!


I have also learnt that with determination, real determination that nothing is impossible and that with the right information, including the right people for contact, it is always possible to find a way of achieving it!